How Reading Ebooks Can & Will Protect The Planet? 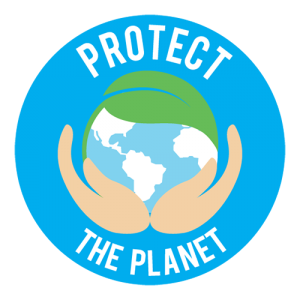 In 2010, a novel written by Jonathan Franzen had a few innocent typographical errors when printed in the United Kingdom. Therefore, all 80,000 copies were recalled, destroyed and reprinted with the errors fixed. Such things are not uncommon. Despite books being a man’s best friend on a beach or in a glade, one can only help but ask themselves – how harmful are they for the environment?

In an age where pretty much everything humans do is said to cause trouble at a global level and destroy the nature, more and more organizations and governments try to handle the issue and preserve nature. With one tree needed for around 60 books, the above mentioned novel literally put 1,333 trees to waste – a medium sized forest.

At this point, you ask yourself – should you just switch to ebooks instead? Is this the better option to help nature rebuild by preserving forests? Is this the optimal way to enhance the levels of oxygen and reduce the carbon footprint? You do not necessarily have to be an environmentalist to do that, but just think about the dark future of your grandchildren and their grandchildren.

So, what should you know about books, ebooks and their effects over the environment?

Ebooks come with multiple advantages in terms of flexibility, storage and convenience. Things are not different if you are only concerned about the environment. The carbon footprint from an ereader is set around 330 pounds. When it comes to a book, the figure is around 15 pounds.

If you do the math, you would need to read about 22 books on an ereader in order to match the carbon footprint of 22 books in print. Obviously, these figures vary based on the size and number of pages in a print book.

From this point of view, it is essential to assess your reading habits before actually considering ebooks. But then, no one would buy such a gadget for a few books only, but for dozens of them. On average, people use their ereaders for just under 4 years before replacement.

With these aspects in mind, using an ereader and switching to ebooks will drastically reduce the carbon footprint. Sure, it takes some resources and emissions to produce the actual ereader, but the impact is lower in the long run.

On average, people read about 15 books a year – some just 4, others up to 40. Over 4 years, the results would be astonishing. The ereader will pay for itself in terms of pollution within the first 18 months.

Can I Really Make a Difference?

Whether it comes to books, ebooks, plastic or trash, most people ask themselves – can I really make a difference? Does it really matter? Is it worth making an effort? One person will not make the difference, but millions will. If everyone would think this way, nothing good would ever happen. But if everyone does their little part, things will change to 180 degrees.

Even if you switch to ebooks, you cannot but question yourself about the spamming supply of newspapers, flyers, ads and magazines – many of them available for free. It is easy to overlook the impact over the environment with all this paper around you.

However, only in 2008, the publishing industry in the USA razed down 125 million trees. The impact over the environment? Around 40 million metric tons CO2. That is the equivalent of the yearly CO2 emissions of over 7 million cars and it was 10 years ago!

Effects of the Publishing Industry

If you bother to check landfill statistics, you will be surprised to find out that over 25% of all the trash in the world is nothing but paper. When it comes to the freshwater required in first world countries, this industry is responsible for more than 10% of the freshwater consumed.

Everyone out there agrees on the benefits of having green around. They know the effects of pollution and the benefits of trees around. But most people are unaware of such official statistics. When you see numbers, that is when you start to worry.

Sure, everyone is accustomed to hardcover books. Everyone grew up with them and they are still part of everyone’s lives. Things have changed around 15 years ago, with the introduction of ereaders. Given this amazing device, people can actually make an impact and stride toward a green lifestyle.

Reading ebooks over classic books is not perfectly green though. In order to get an ebook, you need an ereader or a similar gadget, which also uses resources. In fact, producing an ereader causes more damage than producing a book (330 pounds versus 15 pounds).

Moreover, ereaders affect other elements too. For example, a single unit needs close to 80 gallons of water, as well as about 33 pounds of minerals. Obviously, these tools are not perfect and they do affect the environment in a negative way, especially when compared to the production of a single book.

However, everything changes after a year or two. Depending on your reading habits, you can reduce the impact after a while. It works like a business – invest first and harvest later. The ereader is expensive to create in terms of resources, but it is cheaper than plenty of books over a certain amount of time.

Not even ereaders and ebooks, but they do help. This battle can go on forever. There are avid supporters of classic books by mentioning their benefits, as well as people who back their ebook statements with facts.

Once you decide to replace your ebook reading device, you add to the carbon footprint. Even if you have used it for years and have actually lessened your impact over the environment, you head towards another major problem for today’s society – electronic waste.

While it looks enticing to some, the fact that companies release new updates and products so often has an impact. Ereaders are similar – there are plenty of manufacturers out there and the biggest ones have already released more versions of their gadgets. New products coming out so often will draw the attention of tech fans, who obviously want the most advanced models. But if not properly recycled, old products will harm the nature.

This is a minus of reading ebooks – not the actual ebook device, but the users’ irresponsibility. Fortunately, more and more companies have come up with recycling schemes where you can send the old gadget back for a small discount on the new one. It is similar with other things as well, such as cars or smartphones.

Another related downside of reading ebooks is the lower number of classic book readers. Publishing companies still have not adapted to this trend, so they tend to print way more books than they are about to sell. They fail to make proper estimates, despite all the data suggesting a decline in printed books. The result? Many libraries and bookstores cannot get rid of all the copies sent, so they end up burning them, causing even more issues.

Unless the printing industry becomes aware of this trend, ereaders will still have a problem reducing carbon emissions. Sure, this drawback is not directly related to ebooks, but it is caused by their popularity. On a positive note, things will change at some point and the waste will be drastically reduced. Also, consumers have literally no control over such aspects.

Obviously, there are certain things to consider about printed books and their benefits. They do have a value. According to research, they do allow a more natural intake of the content. If you read both printed and electronic books, you can probably tell that retention is a bit better when dealing with a printed book. It does not apply to everyone though. Also, the difference is insignificant.

Another benefit mentioned by printing supporters is the fact that books have a long lifespan. That is true. A book can easily resist for 100 years or more. However, it has nothing to do with the environmental impact. While often mentioned, it is not related to the impact over the environment. A printed book will still have an average carbon footprint of 15 pounds, while reading over 22 ebooks in 4 years will still reduce your footprint.

Books, Ebooks and Other Solutions for the Environment

When debating between books and ebooks, there is a third option that keep things relatively clean for the environment – libraries. Libraries are almost never mentioned in this debate, yet they do provide lots of value. They can, indeed, reduce the environmental impact. After all, they share one book between dozens and even hundreds of people. Up to 15 pounds of carbon footprint will be divided to plenty of users, so the result is quite impressive overtime.

Problems occur when it comes to good books. Some books can be read once and returned. Some others are good and you want them in your collection. You want to read them again at some point, so you need them there. That is the main reason wherefore libraries are slowly losing their popularity. They are excellent for school reads, but not so suitable for adults.

Other than that, who needs an ereader to read an ebook? You do not necessarily need a special device to read an ebook. If you are reading this article, you probably use a laptop, computer, tablet or smartphone. These devices are just as good for reading an ebook. Just make use of things that you already have – no need to spend more money and increase your carbon footprint.

Indeed, it could be a little uncomfortable to read an ebook on a large desktop. You cannot lay down in bed or on the grass in your backyard. However, almost everyone has a smartphone or a tablet. That is when convenience kicks in. They do the same things as ereaders, only they allow even more functionality because you can call, text and use all kinds of applications.

If you think about it like this, there are literally no reasons to invest in an ereader, but use your portable device. At this point, ebooks become the friendliest option for the environment and can drastically make the difference in the long run.

As a short final conclusion, no one can deny some of the benefits printed books come with. Everyone loves the smell of fresh wood when they open a new book. They are less likely to be stolen if left behind on a beach while having a bath. They are old fashioned and they bring back good memories, not to mention leaving some room for imagination.

But at the end of the day, none of these benefits is solid enough to combat a real problem in today’s society – global warming. The industrial effects over the world can no longer be ignored. Many governments are trying to reduce the carbon footprint with various measures and ideas, but it all starts at the bottom.

If the average consumer is not able to make some small changes in their lifestyle, nothing will ever happen. Ebooks will save hundreds of millions of trees every single year. They will reduce the carbon footprint and increase the levels of oxygen on the planet. While often overlooked, this problem becomes more and more obvious. It may not have the same scale as the automotive industry for example, but it still has a dangerous effect over everyone’s lifestyles.

In the end, no one is asking you to throw away the books that you already have to stop purchasing books. The general idea is to stick to the basics and rely on ebooks as often as you can.